Nature, largely untouched by man, is the central theme of Bernd Zimmer, who has been working as a painter for more than four decades on motifs such as landscape, vegetation, night sky, weather phenomena and water. However, he does not strive to depict these motifs as accurately as possible, but rather to formulate them freely in the autonomous painting process. 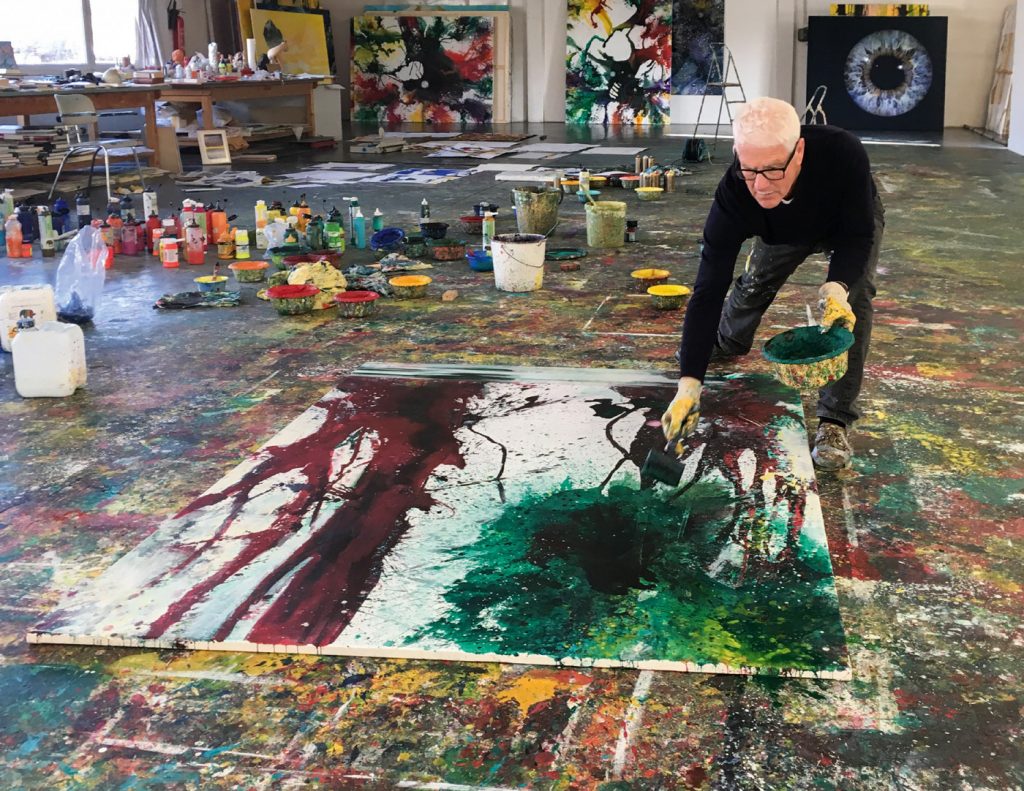