As a painter and pianist, I am interested in the interplay between music and painting. The concern of my work is to make music visible with a pictorial language. The starting point for finding my own visual language was my collaboration with the German composer Gerhard Stäbler. The colour lines and grid patterns that spontaneously emerged to his music during the painting process later served as inspiration for the characteristic design features that developed in the works: Recurring rows of strokes, horizontal, vertical and diagonal superimpositions that give rise to diverse structures and patterns. These give the pictures an inner order in which melodies, rhythms, bars, pauses, syncopations and polyphony resonate. In the black-and-white-grey works, the preference for rhythmic events on the picture ground is particularly evident. The works with coloured rulings, on the other hand, emphasise gesture, sound and emotionality. The paintings resonate not only with well-known compositions, but also with their own sounds and melodies. In this respect, the works can be seen as an interplay of musical and painterly inspiration. 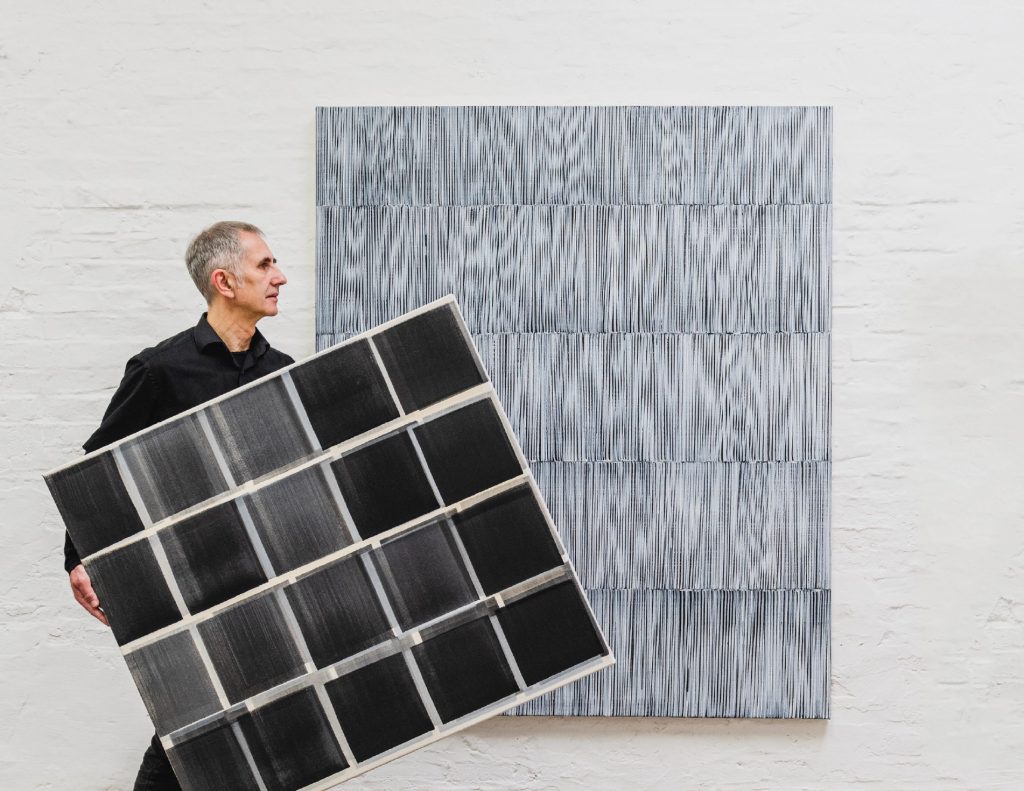 Nikola Dimitrov was born in 1961 in Mettlach/Saar, and now lives and has studios in Heusweiler near Saarbrücken and in Köln.

He studied at the University of Music Saar, qualifiying as a music teacher in 1984 and embarking on a career as a concert pianist in 1988.

Since 2000 he has worked mainly as a painter, seeking to bridge the gab between music and visual art.

In analogy to musical structures, Nikola Dimitrov’s pictorial worlds unfold as superimpositions and interpenetrations of various reduced individual elements, which in the overall perception of the painting create a multifaceted sound on a visual level based on beat, rhythm, modulation and variation.