“By deliberately avoiding the detailed nuance of color, the focus is on the nature being observed.”

Dealing with “nature” is always subjective.
So I’m concerned with the beauty of the ephemeral but ever-renewing nature that is hidden from view in everyday life.
In detail, it is the forces that produce everything that surrounds us: Water, earth, air, growth …
and last but not least, the connection to man as part of the whole, a longing for the lost paradise.

And then I would like to see my works in their appearance as a counterpart to a self-destructive consumer society in which scale has been lost. In other words, simplicity as a force against supposed diversity. 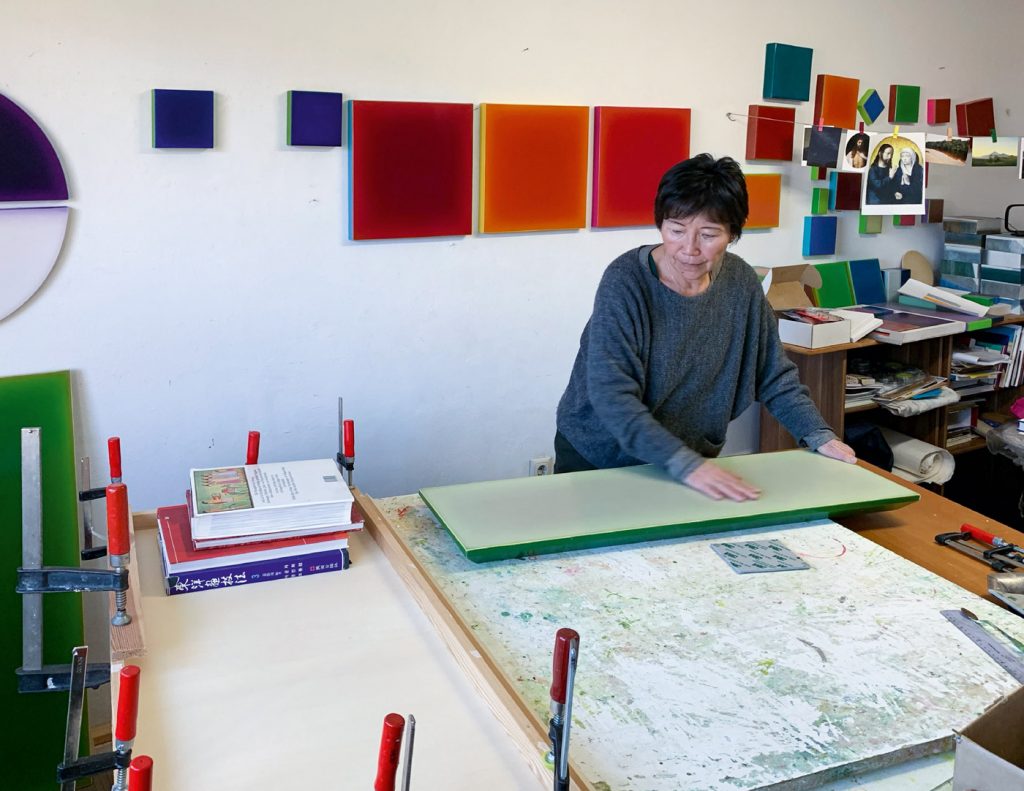